The Shrine of Jeffrey Dahmer (Kindle Edition) By Brian Masters 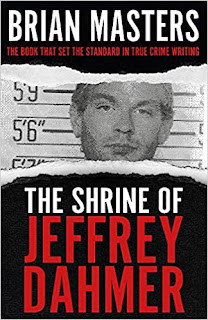 The Shrine of Jeffrey Dahmer by Brian Masters is undoubtedly the benchmark for how you write a crime biography. This striking character analysis of Dahmer's trifling list of neurosis (sociopath, psychopath,  necrophiliac, cannibal) is not one for the faint-hearted, and nor are the descriptions (only a few, mind) of his heinous 17 murders. However, Brian Master's does well in that he writes about these murders, but he spends a lot more time in this book writing about Dahmer's character, defence trial, childhood, alcoholism, narcissism, and how the world understands such predators - rather than the glorification and sensationalism of 17 horrific murders of men by a homicidal Homosexual. The obvious comparison is with England's very own Dahmer: Dennis 'Des' Nilsen.

Having read Brian Master's analysis of the 1980s London serial killer, it's hard not to make a connection. You wonder if Des knew of Dahmer - the similarities in how/why they killed, what they did with the bodies, mummy issues and the like, are striking and must have been hard for Master's not to have delved into this further. 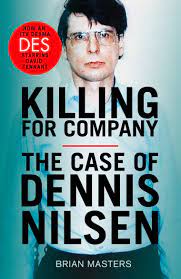 Brian Master's attended Dahmer's trial and that gives the reader that all-important (and often rare in true-crime books) first-account insight. It serves well as the narrative progresses. You can almost feel the tension in the court, as Dahmer is unanimously found guilty and sentenced to life imprisonment. The book stops there and we all know what happened next. Kharma came for Dahmer - I wonder what Masters would have made of that (almost poetic) ending to a killers life? A definite recommendation for those of you true crime enthusiasts.

In places, the book can be a bit heavyweight on the psychological analysis and uses some interestingly long words but that is what comes with a book from an author of high intelligence. It's expected from a Master's book. He's an author who feels the need to give an honest account of each criminological case that he writes. Bone-chillingly good! @rybazoxo