Don't Kill Him: The Story of My Life with Bhagwan Rajneesh by Sheela Birnstiel, Ma Anand Sheela 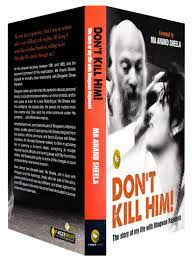 Ma Anand Sheela has had a very colourful life, to say the least. A name I did not know of until watching the documentary ‘Wild Wild Country’ on Netflix. The documentary series about the controversial Indian guru Bhagwan Shree Rajneesh (Osho), and his one-time personal assistant Ma Anand Sheela, is spellbinding, and as an avid true crime/cult fan, their community of followers ‘sannyasins’ in the Rajneeshpuram community located in Wasco County, Oregon is a must-see! The true story ends with both Sheela and Bhagwan being jailed, but not before the community overtake Oregon, battle local politicians, an alleged mass food poisoning, and rumours of a ‘sex cult’ drug-taking, in this multi-million dollar commune.

This story written by Sheela Birnsteil, (Ma Anand Sheela being her spiritual name given by Bhagwan) is as fascinating as the documentary itself, but unfortunately leaves out a lot of the salacious details, focusing more on the personal relationship between Bhagwan and Sheela, and the commute itself. With a litany of inside information, the book begins on the day Sheela resigns as Bhagwan’s secretary and the operating head of the commune in Oregon. The first few chapters deal with the period immediately following her departure from Rajneeshpuram and the beginning of the legal nightmare manufactured by false accusations and trumped-up charges levelled against her by Bhagwan and His followers. 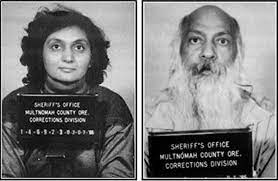 In part two, the thread picks up from the beginning of 1972 when Sheela joined Bhagwan’s movement, until her departure in 1985. The narrative is relatively easy to read and, undoubtedly, Sheela was devoted to this spiritual leader, even after his assumed character assassination and Sheela quotes several pages from Bhagwan's books throughout. Sheela talks about her numerous sexual relationships within the commune, her guru’s materialistic megalomaniac tendencies, but also about herself - a lot! It's as though she was the guru, but never got to take charge which is why she left?

Learning more about these two characters gives you a great insight into how mindless indoctrination, in religion, or perceived cults, can be life-changing, but not necessarily in a good way. The documentary is a lot better than this book, but I would recommend it to fans of cult True Crime stories such as David Koresh and the Waco tragedy or Jim Jones’ mass suicide cult at Jonestown.