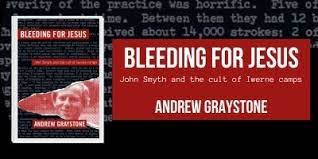 ''A Christian barrister and moral crusader who viciously caned young men in his garden shed. An exclusive network of powerful men seeking control in the Church of England''

Bleeding For Jesus is the extraordinary true story of John Smyth QC, a high-flying barrister who used his role in the church to abuse more than a hundred men and boys in three countries. It tells how he was spirited out of the UK, and how he played the role of a moral crusader to evade justice over four decades. It reveals how scores of respected church leaders turned a blind eye to his history of abuse. 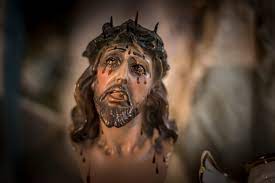 Journalist and broadcaster Andrew Graystone has pursued the truth about Smyth and those who enabled him to escape justice. He has heard the excruciating testimony of many of Smyth’s victims and has uncovered court and church documents, reports, letters and emails. He has investigated the network of exclusive ‘Bash camps’ through which Smyth groomed his victims. For the first time, he presents a comprehensive critique of the Iwerne project and the impact it has had on British society and the church. 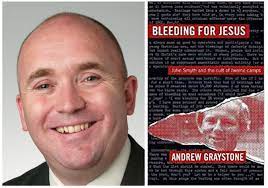 Bleeding for Jesus is a harrowing account and only serves as a stark reminder of the corruption, indoctrination, and rampant homophobia that exists in the Church of England. John Smyth’s reign of ritualistic beatings, sexual abuse, gaslighting, and manipulation of young impressionable men surpassed 30 years and only really came to light due to Jimmy Saville’s heinous reign also being uncovered.

However you look at it, this was an institutionalised cover-up by the church, its ministers, priests, and any other bible bashers you can think of. It’s about time this archaic organised religion ceased to exist, and you can guarantee this indoctrination is still going on. As of July 2021, the church promised to publish a report about the Iwerne Trust and the findings of its cover-up. As of January 2022, no such report has been seen.

Thanks to Private Eye Magazine for making me aware of this book.