Fred & Rose: The Full Story of Fred and Rose West and the Gloucester House of Horrors 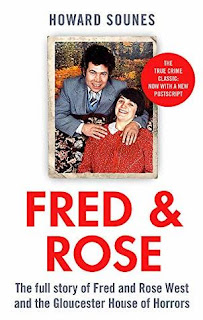 Back in the 1990s, this was considered the UK 'crime of the century, comparable only to the moors murders committed by Ian Brady and Myra Hindley, the macabre marriage of Fred & Rose West took serial killing to a whole new level. 25 Cromwell Street was dubbed 'The House of Horrors', and for once, the sensationalist tabloids weren't exaggerating. Fred & Rose West killed approximate 12 women, including their daughter, and Fred's first wife and stepchild. 9 of those bodies were buried within the house itself, the bathroom, the garden, and a basement conversation holding the bodies close for many years until a police investigation and a horrid rumour warranted a dig that repulsed even the more hardened crime enthusiast. Howard Sounes began his journalistic career as a staff reporter for the Sunday Mirror when the story broke, even coining the phrase 'house of horrors' so is well acquainted with this story and has built a career out of it. 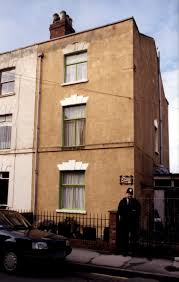 25 Cromwell Street 'The House Of Horrors'

The book is a vast and gripping exploration into Fred and Rose West, as individuals, as a murderous duo, and their familial relationships. A plethora of children spawned by these two were victims in the vilest way possible, and yet, you could almost have sympathy for Fred & Rose too, as they were both victims of their own nefarious upbringings. That said, even now and an astonishing near 30 years ago, the crimes are no less shocking. Quite frankly, I would suggest grabbing a copy of this book and listening to the podcast. I wouldn't want to divulge too much but would say that this is unputdownable in terms of true crime non-fiction, and such an incredible true-life story.

These are the known victims; Anna McFall, 18, killed by Fred West in July 1967. Discovered in June 1994 at Fingerpost Field near Much Marcle. She was eight months pregnant at the time of her death.

Rosemary West was found guilty of 10 counts of murder relating to bodies found at Cromwell Street and Midland Road, in 1995. She remains in prison and is unlikely to ever be released.

Fred West took his own life while on remand awaiting trial for a further two counts of murder on New Years Day, 1995

Fred West has been back in the news in 2021 as the long-suspected killer of Gloucester teenager Mary Bastholm. Mary's body has never been found. Read more about that here 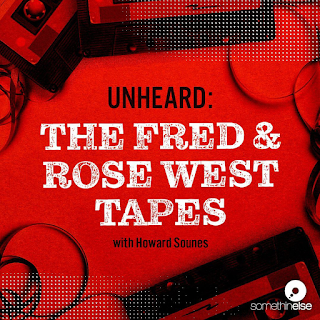 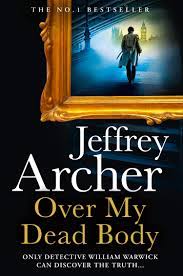