The Murders That Made Us: How Vigilantes, Hoodlums, Mob Bosses, Serial Killers and Cult Leaders Built the San Francisco Bay Area by Bob Calhoun 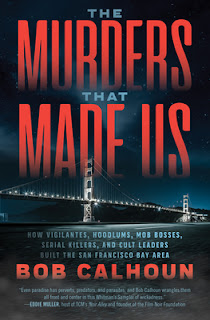 In The Murders That Made Us, Bob Calhoun tells the story of the San Francisco Bay Area through its most violent and depraved acts. The ‘golden gate city’ has been more infamous in recent years for OJ Simpson and mass school shootings, but it seems the city has been infamous from its earliest incarnations, where vigilantes hung perps from buildings and newspaper publishers shot it out on Market Street, to the kidnapping of Patty Hearst and the Zodiac Killer. Murder and mayhem are intertwined with the city's art, music, and politics.

The Great 1906 Earthquake that burned down the old Barbary Coast shook a city that was already teetering on the brink of a massive prostitution scandal. 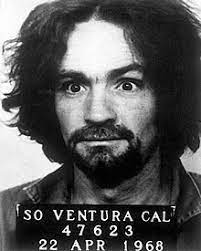 The Summer of Love ended with a pair of ghastly acid dealer slayings that made the Haight too violent for even Charles Manson.

The '70s ground to a halt with San Francisco pastor Jim Jones forcing his followers to drink cyanide-laced punch in Guyana, and the assassination of gay icon Harvey Milk.

With each tale of true crime, The Murders That Made Us is compelling, gruesome, and historically entertaining in equilibrium. Each chapter tells a true crime story, and this chronological account by author Bob Calhoun (himself a San Francisco native) is a must for any true crime aficionado. Bob's narrative is a newspaper report format with some local knowledge and insight thrown in, so you know this is the real deal. Fascinating stuff. Thanks to NetGalley for the read! 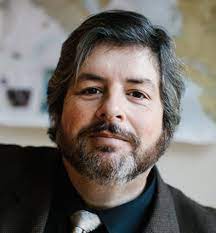 Bob Calhoun is a San Francisco Bay Area author, journalist, and former wrestler and peepshow emcee. Since 2015, he has recounted his city’s most gruesome and lurid events in his regular SF Weekly column, "Yesterday’s Crimes." His punk wrestling memoir, Beer, Blood & Cornmeal (ECW Press), is a national bestseller

The Murders That Made Us is published by ECW PRESS 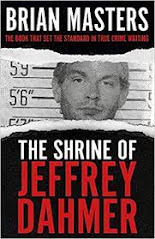