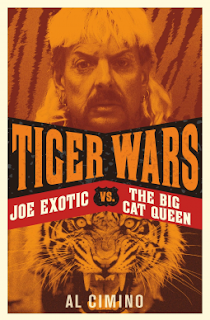 No one would argue that March 2020 is a month that would probably go down in world history, and for two reasons. Netflix released the mighty true-crime mini series Tiger King, and a lethal respiratory pandemic gripped the world. The latter is nothing to joke about of course but the smash-hit Netflix docu-series has only added more eccentricity and downright weirdness to the rather bizarre year we are all experiencing. The true crime true story of the rise and fall of this eccentric, gay, cowboy, redneck, faux country singer Joe ‘Exotic’ Schreibvogel has to be watched to be believed. 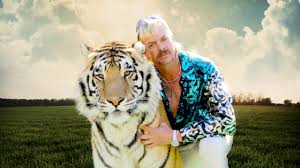 If you are unfamiliar with this ridiculously crazy story of murder for hire, suicide, embezzlement, & the atrocious way middle America treats wild animals, then this book is probably a good start. However, if you have seen it (like 34 million of us) the only real highlights are the un-aired court case itself, that is transcribed in detail, and offers a good insight into the true character of Joe Exotic and his lesser reported nefarious activities. Other than that, it offers a lot less than the TV series gave us and is essentially just a handy guide to the 2020 global TV phenomenon.

Although this analytic write-up, is obviously well researched, it's a book that's devoid of any personality from the author, offers no opinions, narrative, nor otherwise, and in fact could have been written by anybody. I'm not even 100% sure this is official or officiated with the TV show, itself? Maybe the author is seeking a quick buck off the back of the tiger king TV success story. An ethos I'm sure Joe Exotic himself would agree with!