The Hypno-Ripper - Two Victorian Tales of Jack the Ripper and Hypnotism. Edited by Donald K.Hartman 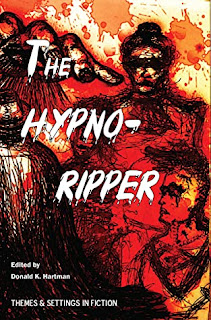 The Hypno-Ripper is the second volume in the Hypnotism in Victorian and Edwardian Era Fiction series, published by Themes & Settings in Fiction Press.

The two stories collected here were published during the time of the Jack the Ripper killings and were amongst the earliest fictional accounts dealing with Whitechapel Murders. Both of these stories have Jack the Ripper being an American, who travelled from New York City to London to commit the murders, and Jack The Ripper commits the crimes while under the influence of hypnotism. The first story, The Whitechapel Mystery; a Psychological Problem (''Jack the Ripper'') is a novel authored by N.T Oliver, and originally published in 1889 by the eagle publishing company. The latter is the better of two stories contained in the book, and from the time it was written, this reads like a good victorian noir horror that would be perfect for a costume-drama or B movie horror film. 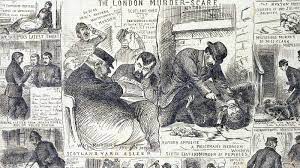 The second story, ''The Whitechapel Horrors'' is a short tale, published anonymously in two American newspapers. shortly after the murder of Mary Jane Kelly in November 1888.  This story is quite similar to the first. With this book including wraths of information about Jack The Ripper at the end of the book, that part may have been better placed in the middle, to split the book up.

The book also includes a brilliant foreword from the academic and independent scholar, Rebecca Frost, who is also the author of The Ripper's Victims in Print: The Rhetoric of Portrayals since 1929, among other books.  Overall, this is a really good book and was quite an addictive read.

Thanks to Donald K Hartman for posting us an original copy of the book. If you would like your book reviewed please email vivalabks@gmail.com for more info!