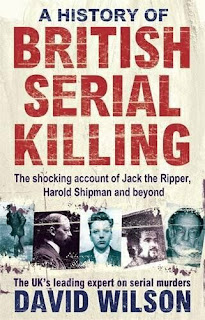 'A History of British Serial Killers' by TV crime professor Dr David Wilson, has a surprisingly sober and objective narrative. The book largely bypasses discussing the serial killers themselves (medico-psychology) concentrating more on the victims of serial killers, and how due to social, political, and cultural influence, a serial killer can go undetected, seemingly killing with ease.  Through these killings of women, children, prostitutes & gay men, Wilson looks at some of the histories most heinous serial killers, from Jack The Ripper to Fred & Rose West, Moors murderers, Dennis Nilsen, & Robert Black. 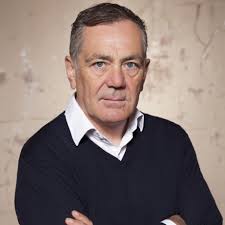 It's a well-balanced debate and academia puts a lot of weight on society's failings, but does that account for psychotic, sporadic, and often mindless murder sprees? I doubt it. What David Wilson does do though is different to most books in this well-worn genre, however. Delving deep into the victim's lives, we learn more about real people and victims from the marginalised groups that are continually affected by organised and disorganised serial killers. A clarion call for social and prison reform, this is a definite recommend for anyone interested in true crime and criminology.

According to Good Reads, David Wilson is Professor of Criminology and founding Director of the Centre for Applied Criminology at Birmingham City University. He is also the co-Editor of the prestigious Howard Journal of Criminal Justice, produced five times per year.

I'd be interested in reading more of his work, so keep an eye on the blog for future true crime reviews.

Have YOU read this book? Let us know what you think in the comments box! 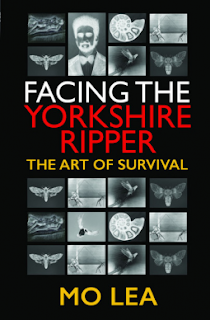