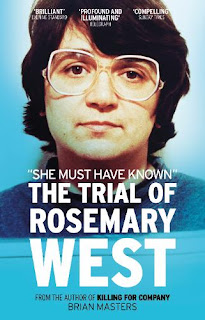 She MUST have known, right? She being Rosemary West, resident of the notorious house of horrors, 25 Cronwell Street alongside her mass-murdering psychotic sex-obsessed husband, Fred West. He murdered (at least) 10 women and buried numerous bodies under the patio, basement, and even the bathroom of the family home. Implicit in his sexual depravity, that part is undoubted, but was Rosemary West also an assistant to the murders or was she completely oblivious?

Upon the uncovering of the 1994 crime, Fred West almost immediately spilt his secrets and was subsequently charged with the multiple murders. Rose, however, had little evidence against her, circumstance, DNA nor otherwise but, following Fred’s suicide, Rose was in the firing line subsequently being jailed for life.

Was Rose West a serial killer,  an unwitting accomplice under her husband’s duress, or did she know all along and choose to ignore it? 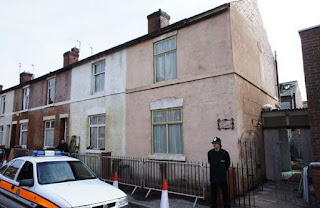 Originally published in 1996, this true-crime biography by Brian Masters is a classic of the genre. The book dives deep into the case;  analysing the medico- psychology of this murderous duo, the legal parlance, and court evidence in painstaking and forensic detail. What unravels is a as dark and insidious as you can imagine, with Brian Master giving a first-hand account having attended the trial itself. A cacophony of questions raised, Master's gives a largely objective analysis, and in Rose West's favour, but is he right?

In summing up, Judge Brian Leveson stated 'The evidence that Rosemary West knew nothing is wholly unworthy of belief' and having completed the book, I tend to agree.

However, Brian Masters delivers a fascinating argument to say otherwise, that could cause ambivalence for less seasoned true crime readers or newbies to the case.

It is a book we definitely recommend!