One of Your Own: The Life and Death of Myra Hindley by Carol Ann Lee 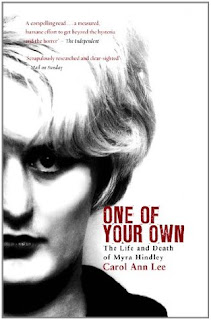 On 15 November 2002, Myra Hindley died in prison, one of the few women in the UK whose crimes were so indefensible that a life jail term did mean an indefinite jail term. Without a doubt, Britain's most notorious, heinous and recognisable murderess, her death did nothing to diminish the dark shadow she cast across our collective consciousness and cultural criminal history.

Even as a Christian name, Myra remains synonymous with the wuthering bleakness of Saddleworth Moors, Ian Brady, countless books, TV documentaries, and even the music of Manchester band, The Smiths. It's a strange cultural significance in UK crime and a case that got our writer interested in True Crime in the first place. 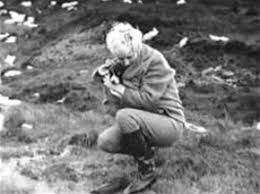 This book by crime biographer Carol Ann Lee presents a well researched and vigorous study of Hindley from birth until her death. Medico psychology does little to explain her actions and her upbringing, although marked, was largely uneventful and more of her time, than anything else. So what explains her coercion in such crimes? Between 1963 and 1965 she actively participated with her boyfriend Ian Brady in the murders of a 10-year-old girl, two 12-year-old boys, a 16-year-old girl and a 17-year-old boy. As we all know, in such cases of serial murder, you can guarantee there will be more undiscovered, and the body of Keith Bennett has never been found. 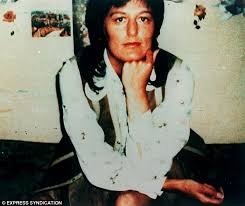 Myra peddled the line that she had been under duress and abuse before the offences, after and during them, and largely blamed coercion by Ian Brady for her part in the crimes. Its a ludicrous notion and the book helps to diminish such a myth. She was convinced that if she portrayed herself as Brady’s puppet she would eventually get paroled and even managed to cajole a team of supporters from the upper echelons of society to help her cause. Seldom seek repentance, she often relied on her religious upbringing to portray some sort of remorse. Religion is also synonamous with criminality;  a warped ideology does wonders for a murderers sub-conscience, after all.

This book is an exhaustive and impressive account of the UK’s most evil woman. Being subjective in delivery, the book is also graphic and paints a perfect picture of this notorious 1960s crime. IF you’ve read ‘Beyond Belief’ and such like, you will know the forensic details of the crimes already, however, if you are unsure of Myra’s prison history, this is the book to read.