Babes in the Wood: Two girls murdered. A guilty man walks free. Can the police get justice? 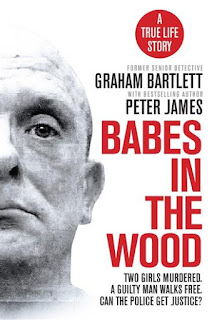 Justice delayed is always justice denied. 32 years though, is better late than never, in the case of child killer and paedophile, Russell Bishop

On the 9th October 1986, two young girls are found murdered in Wild Park, Moolsecoomb, a suburb of Brighton. A well-known working-class estate, the crime rocked the local area and remained unsolved for 32 years. Similar in execution to the Soham murders, the two young girls were best friends and their disappearance was out of character. PC Graham Bartlett was assigned to the case and this is the fascinating inside story of the subsequent investigation as the net tightens around local man Russell Bishop. The trial that follows is one of the most infamous in the history of Brighton policing – a shock result sees Bishop walk free. On the 4th February 1990 however, another young girl is attacked in the area, and due to the victim's incredible recall, Russell Bishop cannot escape a second time. Guilty and jailed, Brighton CID reopened the so-called ‘Babes in the Wood’ murders ( I despise tabloid murder monikers) and through sheer determination, DNA advancements, quashed convictions, and witness testimonies, Bishop was finally convicted of the heinous crime, 32 years later...

The book is an incredibly detailed account of the original and reopened investigations, police procedurals, a pragmatic fight from the victim’s families, and the dogged determination of a police force under fire.

This is a highly commended True Crime book and a must-read for fans of UK crime history, police procedurals, and criminology.