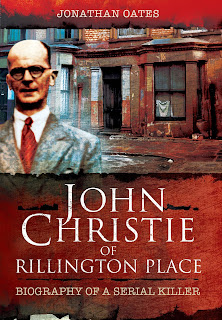 Continuing our theme of criminal biographies, ‘John Christie of Rillington Place’ by DR Jonathan Oates is a fascinating insight into the mind and life of the 1950s London based serial killer, and one that is entertaining, macabre, and eerily familiar. This account of John Christie’s life is unlike any other book of the killer that we have read.

Previous true crime books, films, and podcasts tend to concentrate on murders that Christie was never actually charged for and tend to focus largely on his murderous modus operandi. This book differs from others in giving an unbiased historical fact-based account of his life, before the murders. The book gives a factual insight into John 'Reg' Christie’s childhood, sporadic career choices, relationships with the opposite sex, and even his raging hypochondria, which I’d never read about before. 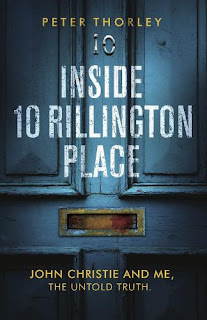 Having previously read Inside 10 Rillington Place which is a familial account of Beryl Evan’s murder, I was convinced that John Christie had killed Beryl and her daughter, Geraldine. However, having read this book, I doubt this is the case now, and that is what makes a good true crime book.

We all read, listen, and watch true crime content that is subjective or objective, dependent on the creator’s intention. It is rare then (bizarrely) to find content that gives biographical, or even autobiographical (The History Of A Drowning Boy by Dennis Nilsen ) insight into the mind of a serial killer, and this is a fine example of that rare true crime commodity.

For those unfamiliar with the case of John Christie, I would avoid any other films, or books involved with the case and start with this one. It will give any true crime enthusiast good grounding to delve into the case further. Dr Jonathan Oates is a London historian and is academic, however, his narrative is accessible and easy to read. The writer presents the facts, timelines, relating characters, and case notes without sounding pretentious, and on that basis, we read it in a matter of days!

John Christie of Rillington Place by Dr Jonathan Oates is published by PEN & SWORD books who we thank for letting us review this book!