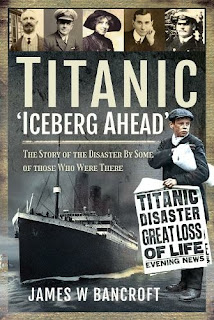 The historical facts of the RMS Titanic's infamous sinking have been a morbid maritime currency, in non-fiction books, film's, television documentaries, for well over 100 years. With countless articles written and books published, so many stories have been told and retold about the 'unsinkable' ship and have been historically re-written on countless occasions.

The most famous that spring to mind would be; 'A night to remember by Walter Lord, and James Cameron's 1997 cinematic masterpiece 'Titanic', are probably the best of both cinematic and non-fiction retellings. Assuming you've read plenty of Titanic's history (like I have) then surely 'TITANIC - ICEBERG AHEAD' by James W Bancroft is superfluous in this well-stocked subject matter? Well, yes and no. 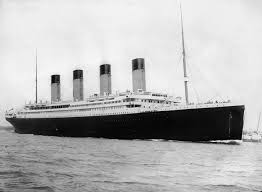 The beginning of the book recounts all of the usual Titanic information; when she was launched, where from, how big, unsinkable, maiden voyage, etc etc. However, by the second half of the book, the author delves deep into the passenger's lives, and unlike those well-versed accounts of the ships first-class millionaires on board, this book tells the life stories of passengers, survivors and victims, of the Titanic, from second and third class.

The social history is fascinating and tragic in equilibrium and is told with impressively researched detail.  Foreboding narrative aside, it's a very good book for those who aren't familiar with the tragedy of the Titanic or the lives of those who sailed in her.