Killing for Company - The Case of Dennis Nilsen - by Brian Masters 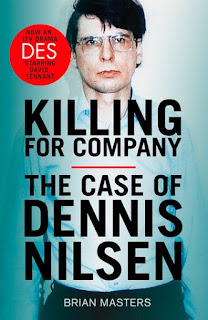 ITV televisions latest Crime & Punishment series DES had a profound effect on me. An utterly captivating performance by David Tennant, the story of serial killer Dennis Nilsen (aka 'DES) wasn't one I was familiar with, I knew very little about this Scottish killer until examining this three-part (highly rated) drama. Author Brian Masters is an accomplished crime writer and personally knew Nilsen, befriending him just after his arrest in February 1983. Master's became his biographer and prison visitor for the following decade. 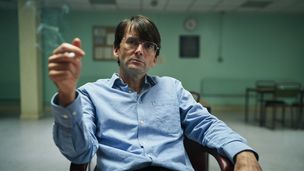 Within days of being arrested, serial loner, council official, one-time policeman and chef, Scotsman DennisNilsen confessed to fifteen gruesome murder over four years. His victims, mostly young gay men at a time when society cared little for them, had never been missed. Nilsen was undoubtedly a psychopath, and through his wanton narcissism (he confessed to all murders in a series of notes and drawings) we get a real glimpse into the mind of a mass murderer and what/who/when made him so. 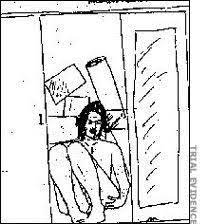 Brian Masters is an award-winning crime writer, this book being a testament to his talents. Killing for Company is essential reading for any true crime aficionado or criminal psychology buff. This book is one to read before or after the TV series, and either way, we recommend it!

Killing for Company won the Crime Writers' Association Gold Dagger for Non-Fiction in 1985 and has been republished in the decades since.