The Murders at White House Farm: Jeremy Bamber and the killing of his family. The definitive investigation 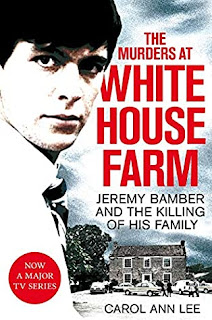 In the 1980s in middle-class rural middle England, Nevill and June Bamber were wealthy, landed gentry (almost) with farmland, farmhouses, property in central London and were cash-rich- often described as ‘The Archers’ (Link) of Essex. There are some things that money can’t buy though, and unable to have children, the couple adopted a daughter, Sheila, and a son, Jeremy.

June Bamber was a religious zealot with mental health problems, Sheila was a wannabe glamour model with mental health problems, son Jeremy was a bight and intelligent ‘yuppie’ of his time, interested in cash only, and the trappings of inherited wealth. During the night of 6-7 August 1985, Nevill and June Bamber was shot and killed inside the farmhouse, alongside Sheila, and her six-year-old twin sons. There was no sign of a break-in, 25 expelled gun cartridges, and a ‘missing’ silencer. The police assumed that schizophrenic Sheila had committed murder/suicide, but this was only the beginning of the story. The prime suspect was son, Jeremy Bamber who was eventually charged with five murders and jailed for life in October of 1986.

Although Jeremy Bamber still professes innocence, he remains in jail. 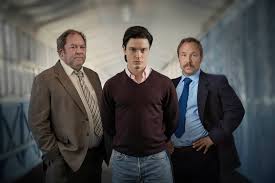 I knew nothing of this case until ITV dramatised the crime in White House Farm which aired in the UK in 2020. Following the incredible TV dramatisation I thought the book would be the perfect companion piece, and wow was I correct! Carol Ann Lee’s book is the definitive crime biography on the case and rightly so. With an undoubtedly exhaustive investigation and equally thorough research, the story is well balanced, doesn’t push opinion and is a thoroughly enjoyable crime book. The case itself is horrendous, so I would tread very carefully if you are triggered easily, however.

Even for a true crime fan, the murder of children is incredibly insidious.

Also, Jeremy Bamber’s brother-in-law wrote his own personal account of the crimes, which I gather is also very good. You can BUY that BOOK here At The Rainbows End

In the interest of balance, you can find out more about Jeremy Bamber's case here