We Own This City: A True Story of Crime, Cops and Corruption in an American City Baltimore, Maryland, USA. To my knowledge, this is synonamous with crime TV classic The Wire, the series that broke the mould as a predecessor to Netflix crime dramas we all binge every week. With some interest, but little knowledge, I began this book in trepidation. Seemingly Baltimore has had race riot issues over the past decade the black lives matter movement could have been born there. Racial segregation,  high unemployment, drugs, and a police force hell-bent on reducing gun crime.

So when you think of crime, corruption, drug dealing, and money laundering, you don't expect this to be coming from inside the police force, but that is what happened in Baltimore Police department. Justin Fenton's book delves deep into the Gun Trace Task Force set-up to tackle Baltimore's gun crime. Fronted by Sgt Wayne Jenkins and his team of plain-clothed officers, the task force was the city's crime-tackling heroes.

However, they were all been skimming from the drug busts they made, pocketing thousands in cash found in private homes and planting fake evidence to throw Internal Affairs off their scent.

This high octane hard-hitting true story ends with a litany of jail terms and a death shrouded in mystery that journalist Justin Fenton takes us through the crimes, the investigations, and fall-out with real gusto. Whilst The Wire may seem like a distant memory, I think this latest Baltimore crime story would make a good Netflix documentary or mini-series.

A recommended read from Faber & Faber.

With thanks to NetGalley 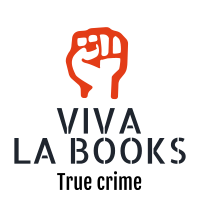